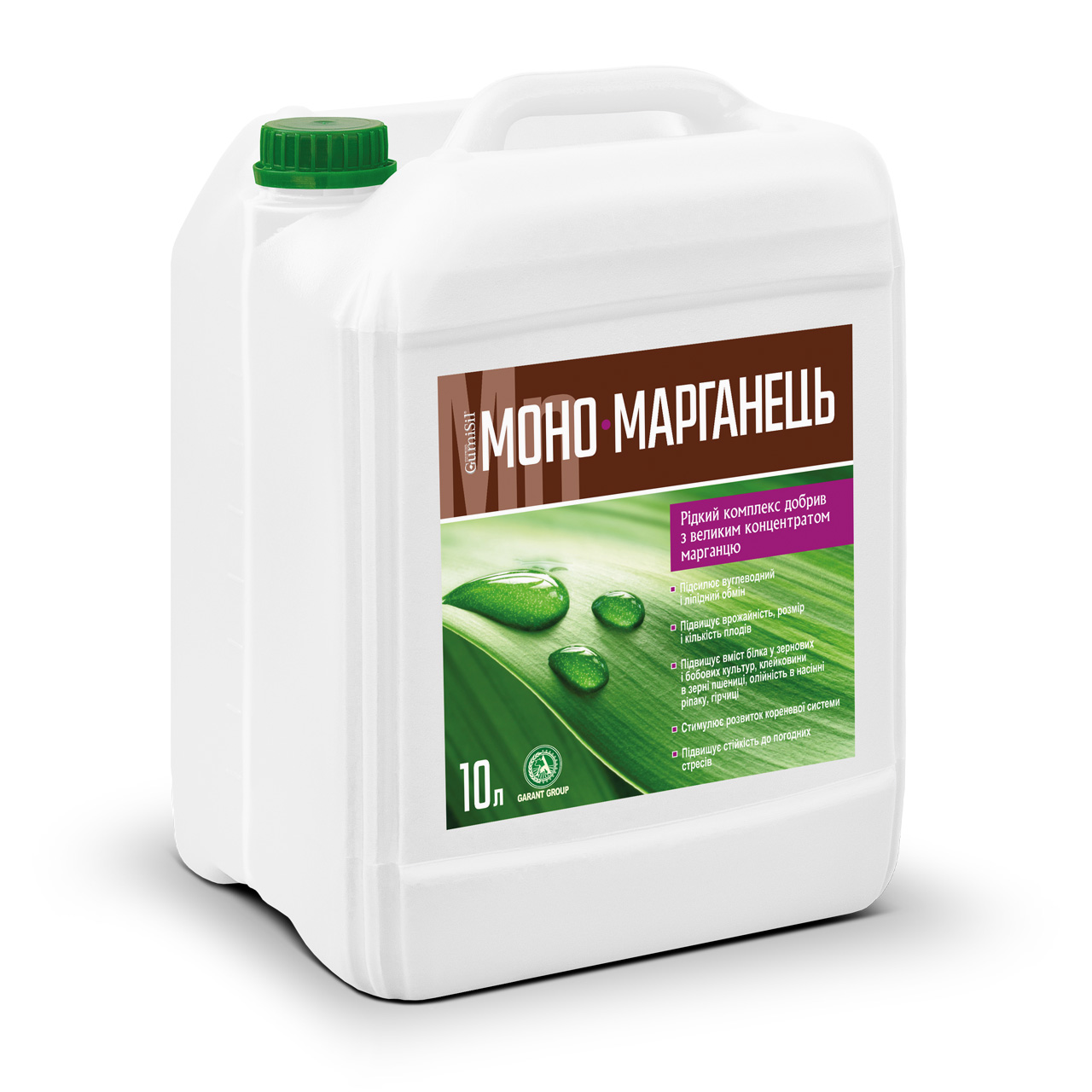 Easy-to-use liquid preparative form – suspension. High concentration of manganese. Contains additional nitrogen and amino acids that increase the effectiveness of magnesium. Low consumption rate – 0.2-1.0 l / ha. Evenly distributed over the sheet due to the presence of a wetting agent. High payback. Manganese is needed by all plants without exception. One of its most important functions is participation in redox reactions. It is a component of two enzymes: phosphotransferase and arginase. In addition, it can replace magnesium in other enzymes and increase the activity of some oxidases. Mono-Manganese chelate microfertilizer is used for watering and spraying vegetable, fruit and berry, potted, flower and ornamental crops as a prevention of manganese deficiency (chlorosis). Signs of manganese deficiency: Yellowing appears on the leaf closer to the trunk and moves towards its tip. As deficiency progresses, dark spots may appear on damaged leaves. Growth will generally slow down. Manganese, like iron, is best absorbed at lower pH values ​​of 5.5-6.0.

Pour water into the tank of the disinfectant, watering system or sprayer up to 2/3 of the calculated volume, with the agitator turned on, add the required amount of pre-mixed fertilizer, mix for at least 3 minutes, add pesticide if necessary, add water to the calculated volume, the solution is mixed and top dressing is carried out. When combined with pesticides and other agrochemicals, it is recommended to check their compatibility by preparing a model working solution. Processing is carried out in the morning and evening hours in dry calm weather. It is not recommended to feed in hot sunny weather.
Скачать каталог
Дізнатись вартість
Узнать стоимость