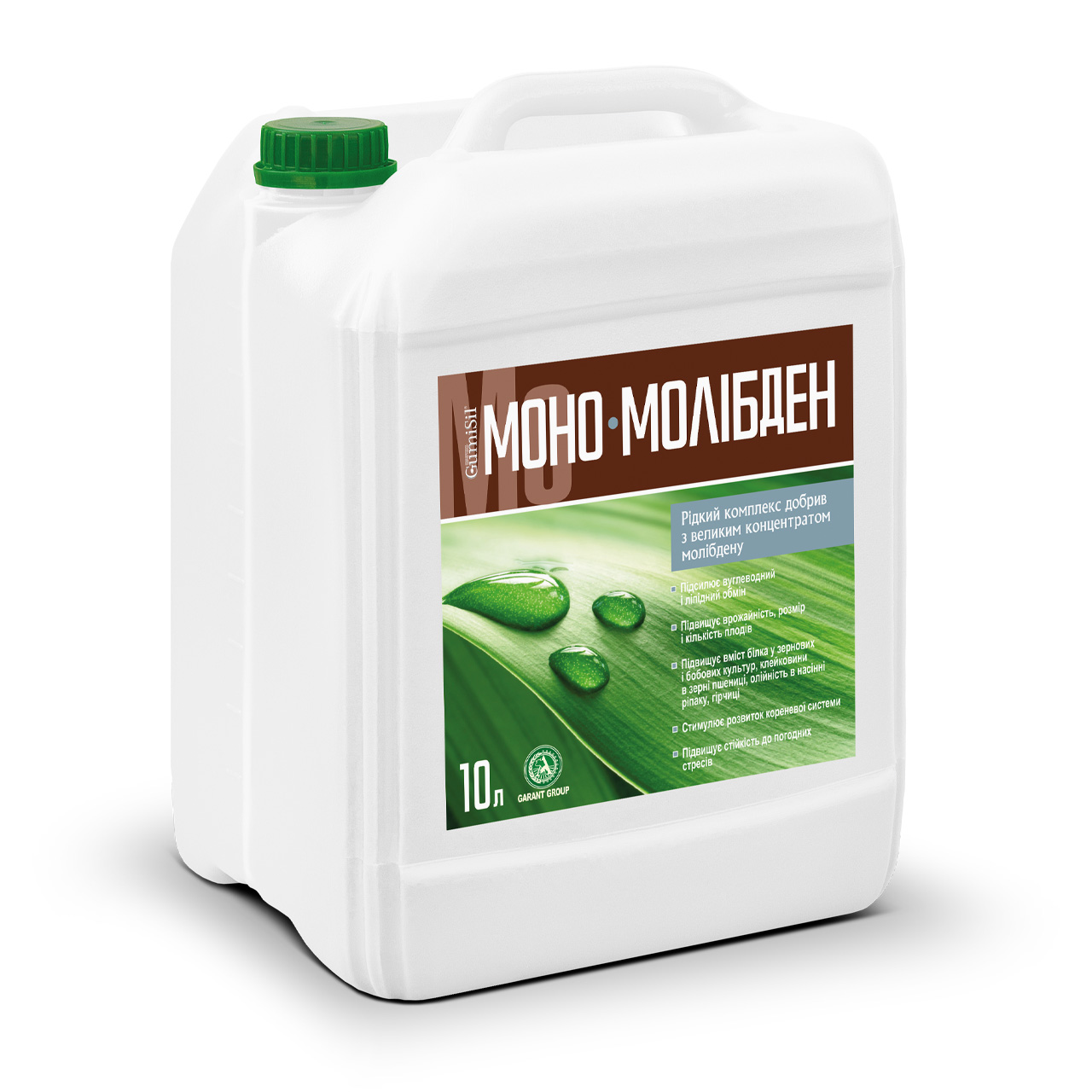 Mono-Molybdenum is a highly effective water-soluble fertilizer for the prevention and elimination of molybdenum deficiency in plants. Application is especially effective on acidic soils (pH <5.5) and for legumes (soybeans, peas, alfalfa and others). Wheat, oats, corn, flax, tomatoes, potatoes, buckwheat react positively to the presence of molybdenum. Under its influence, the quality of products is significantly improved, the content of protein in grain and hay of legumes, vitamins and sugars in vegetables increases. Molybdenum is involved in the process of converting mineral phosphorus into organic, prevents the occurrence of diseases, strengthens the health of plants, promoting development. It is part of the enzymes responsible for the regulation of nitrogen and phosphorus metabolism in plants. It plays an important role in the process of atmospheric nitrogen fixation. Participates in the formation of nucleic acids (RNA and DNA) and vitamins. Increases the intensity of photosynthesis. Signs of molybdenum deficiency: In case of acute lack of molybdenum as a result of nitrogen metabolism disorders, the leaves lose turgor, become pale in color (chlorosis), spots appear, the edges twist into a spiral, the leaf blade does not develop and withers. There is a twisting of the leaf blades into a spiral, the flowers become small, almost sitting on the stem and lose the ability to open. The appearance of the panicle is delayed, anthers of small sizes are formed, stamens and pollen develop poorly, the content of carotene in the green mass decreases, the dwarfism of plants, the appearance of yellow-green and pale orange spots formed between the veins.

Pour water into the tank of the disinfectant, watering system or sprayer up to 2/3 of the calculated volume, with the agitator turned on, add the required amount of pre-mixed fertilizer, mix for at least 3 minutes, add pesticide if necessary, add water to the calculated volume, the solution is mixed and top dressing is carried out. When combined with pesticides and other agrochemicals, it is recommended to check their compatibility by preparing a model working solution. Processing is carried out in the morning and evening hours in dry calm weather. It is not recommended to feed in hot sunny weather.
Скачать каталог
Дізнатись вартість
Узнать стоимость